Green Gold Energy Pty Ltd is a local renewable energy company that specializes in project development, EPC, and project operation & maintenance. Over recent years, GGE has developed over 150MW in 5MW solar projects; 90MW has been granted approval and 50MW of which have been under construction or energized. GGE devotes itself to the exploration of business opportunities in alignment with Australia’s solar energy development. By virtue of its endeavours, Green Gold Energy has successfully established itself as a professional and experienced solar farm company with rapid business growth with at least 80MW successful development annually. 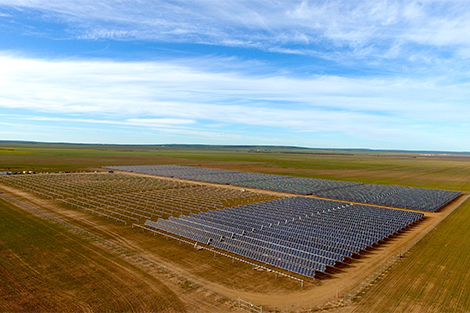 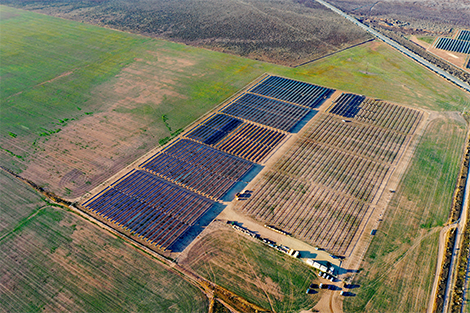 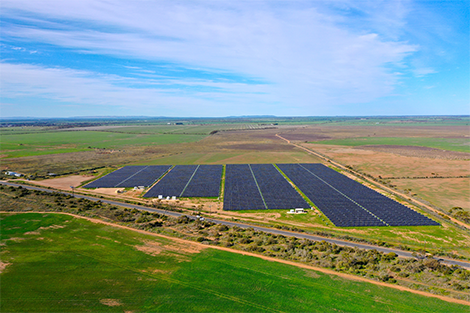 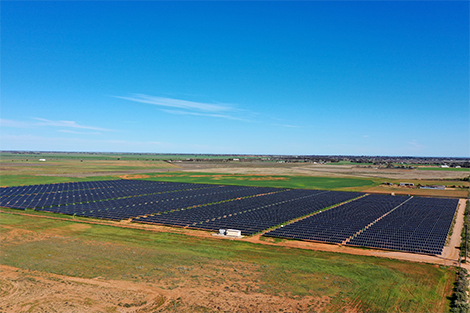 GGE’s Electrical Engineer Alessandro has 12 years of experience in design and construction. Alessandro was a guest speaker at the events and expressed, ‘I am so pleased to welcome local construction personnel to join our team. Presently, the pandemic is still severe, which has had a negative impact on the global economy. However, these new projects will create approximately 600 jobs, including 20 long-term positions that will last for 30+ years. These projects promote local employment opportunities and boost local economy’.

Alessandro explained that the distance between the two projects is 50km. APSP is located proximity to the Robertstown substation and will tee-off the passing through  275kV transmission line while Morgan will connect to the North West Bend substation, providing electricity for both South Australia and Victoria. Additionally, a new 330kV, over 900km overhead transmission line with approximately 800MW transfer capacity (Energy-Connect project) has been approved by AER, connecting Robertstown substation in South Australia and Wagga substation in New South Wales, with an added connection to northwest VictoriaThese projects are expected to be completed in 2022 and implemented in 2023.

Green Gold Energy’s Development Director, Yan, also had the pleasure of speaking at the events and revealed that these two major projects began the site selection process in early 2018 with researching and screening by the in-house engineering team the land acquisition had been completed in the third quarter of 2018 and shortly thereafter, started the application process in November of 2018.

In the second quarter of this year, GGE received data from ElectraNet and AEMO and the project is currently in Generator Performance Studies (GPS) process. Yan announced that at present, many fund companies and energy companies have expressed their interests of acquisition. The development investor of the respective projects, Golden Invest, has cited its confidence and willingness to deliver the project to the ultimate acquirer, subsequent to the projects’ connection to the grid. The projects will power 180,000 households and eliminate 500,000 tons of carbon emissions annually.

As the EPC partner of the projects, Chint New Energy will continue to provide support until the completion of development. Chint New Energy is a system energy solution provider that integrates clean energy development, construction, operation and management under the Chint Group. The company is committed to the product and sales of photovoltaic modules, PV power stations, energy storage, power distrbitution network sales, microgrids, multi-energy components and other integrated energy investments and constructions. Chint New Energy has accumulated investments of 4500MW all over the world and hosts a strong interest in the Australian market. Chint has constructed and held 30MW PV projects in South Australia and will continue to actively expand its EPC and project maintenance business within Australia.

The informative events hosted by Green Gold Energy and Golder were hugely successful. Not only did they provide the opportunity to provide the local governments and the public, Green Gold Energy’s previous development achievements and mature project development experience, but they also provided a window of opportunity to express and explain upcoming employment possibilities and economic boosts. Furthermore, the strong support of local community, the smooth development of the project as played a positive role in stabilizing electricity prices and making up for the electricity gap. The Australia Plains and Morgan projects will be the milestone achievements in the development of solar energy within South Australia.

Green Gold Energy is the only South Australian company partnering with landowners and investors to re-purpose land for large-scale Solar Farms.